During the fire strike in 2001 it became apparent that Kimmeridge would be very vulnerable, particularly because of the number of thatched dwellings.

A group of residents of the village hired a fire engine and undertook basic training to provide a level of fire cover for the village.

When the strike ended it was decided to continue to provide basic fire cover for the village and KERV was formed.

Following on from that, South West Ambulance Service asked us to instigate a Community Responder Scheme in the village to provide emergency medical cover for the local area. This went live in 2005 as part of KERV.

The fire unit was started in response to the Fire Service strikes in 2001. Following on from the resolution of the dispute, it was decided that it would be wise to keep some form of ‘first strike’ fire response in the village, especially due to the high

number of thatch cottages that we have. 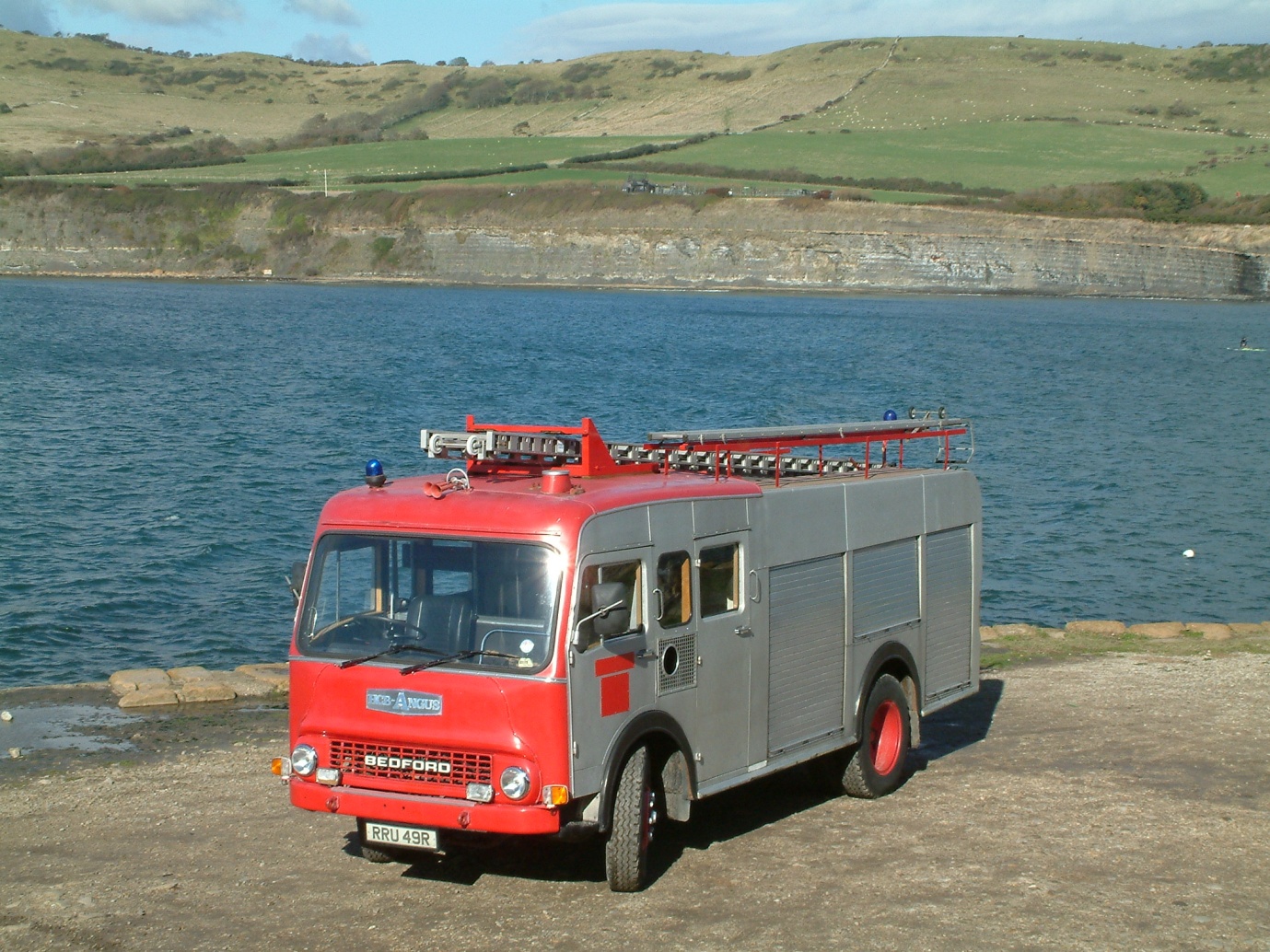 This appliance was stationed for a time at Blandford, Dorset. 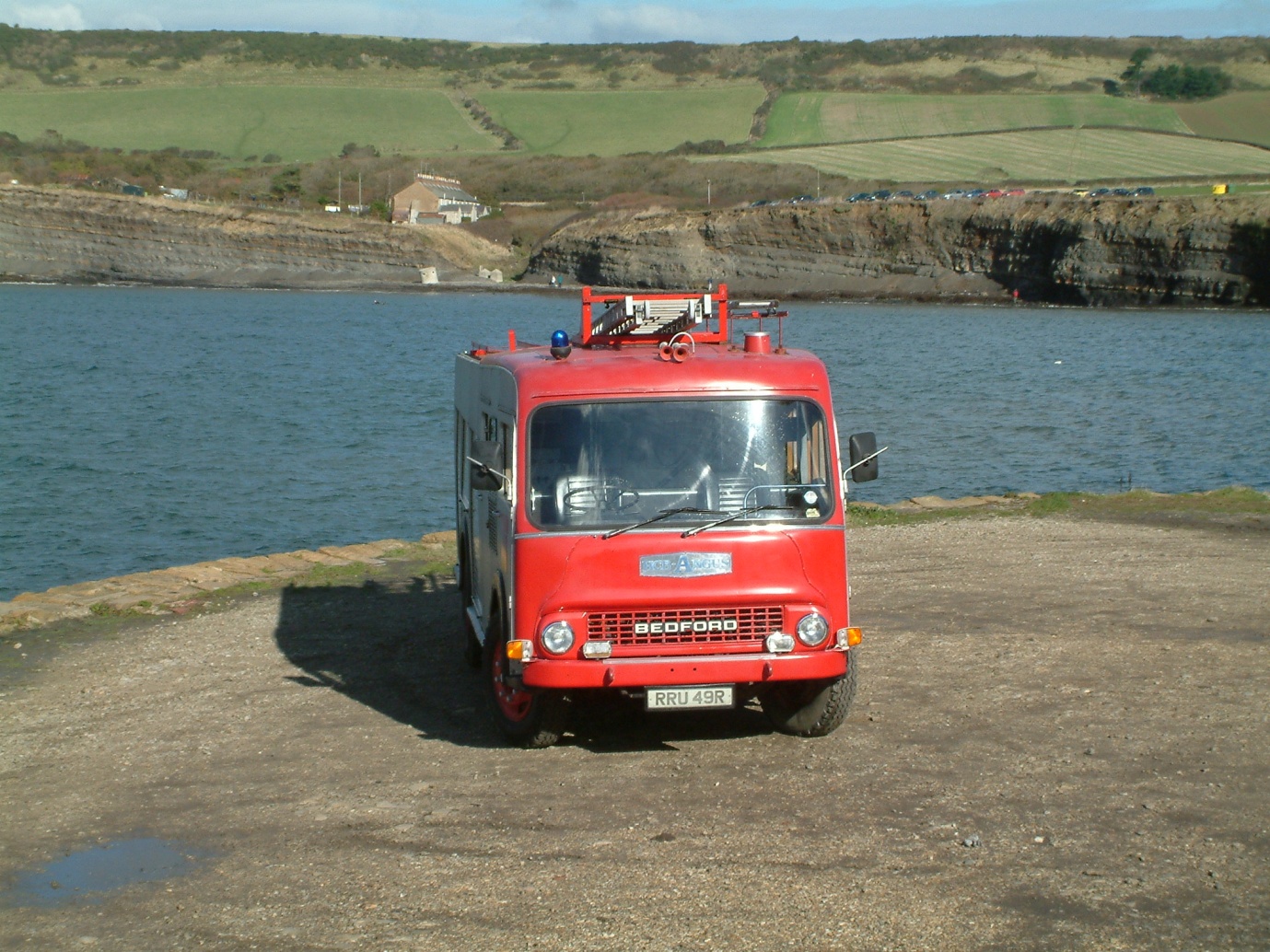 After a while it became clear that we needed something a little smaller, something that everyone could drive, as only a few of the volunteers held a heavy goods vehicle licence to drive this type of fire appliance. We became proud owners of an ex-Cornwall Fire Service Land Rover and this has proved to be the ideal vehicle for the job. 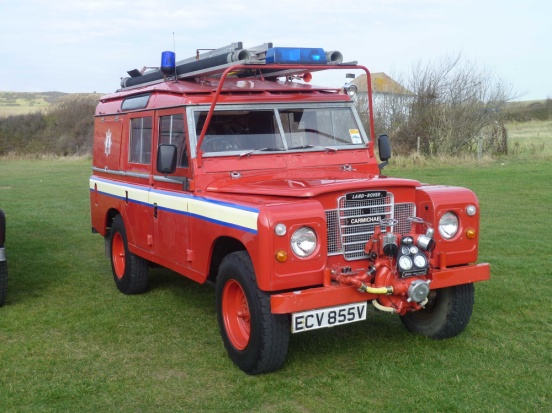 After a year or so, we also added another Land Rover to the fleet. This time an ex-Mid West Wales Fire Service vehicle which enabled us to carry more equipment if needed. Both these vehicles are privately owned but are on permanent loan to KERV. 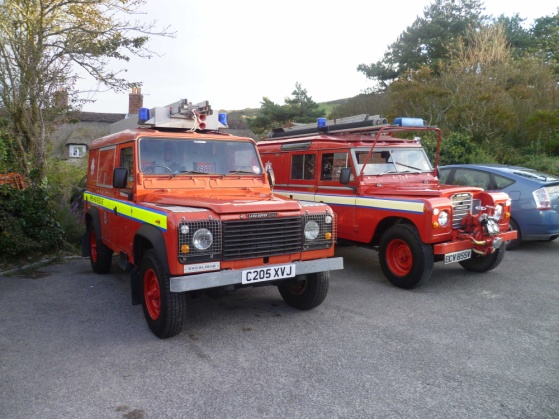 It is our aim to add an ambulance Community Responder 4×4 vehicle to the fleet in the not too distant future, but as with all things, this is dependant on finances.

The fire unit will respond to any ‘999’ fire emergency and provide a first strike operation whilst awaiting the arrival of the County Fire Service (Dorset Fire and Rescue Service ). We are able to get water supplies ready, organise scene safety and accessibility for DFRS and make an initial start on tackling the fire. Call out is via a pager system which is jointly funded by KERV and the RNLI. The pager system can be used by both DFRS and South West Ambulance Service to alert the volunteers. Currently we have six volunteers who respond for the fire unit.

Set up in 2005, the South West Ambulance Service Community Responder unit is called out to ‘999’ medical emergencies in the Kimmeridge and surrounding areas. There are ten volunteers who are trained up to an advanced first aid level and are able to give life saving assistance to persons taken ill or injured in the area.

The summer period tends to be the busiest as Kimmeridge attracts thousands of visitors who delve into the rock pools, windsurf, dive and walk the coastal paths.

The unit did run a 4×4 vehicle for this purpose but, following a major breakdown, it proved too costly to repair. We hope to be able to raise funds or find a sponsor for a new dedicated responder vehicle before too long.

The team attend somewhere in the region of 60 calls per year and this can range from cardiac arrests to slips, trips and falls or even just a plaster.

Again, due to the remote nature of Kimmeridge, it can take an ambulance a little while to get here, so the work of the team is important in getting assistance to people in minutes of the ‘999’ call being made.